Your browser either has JavaScript disabled or it is malfunctioning.

Use this table of contents to navigate this site.

WRITINGS I HAVE DONE

If you read my bio, you know that one of my hobbies is writing. Collected here are some of the various things I've done over the years. I do non-fiction work now focusing on niche topics that have little to no individual works published about them. Currently I have two books out and I am working on a third one about the Hotel San Carlos that once graced downtown Pensacola, Florida.

But once upon a time I tried my hand at science-fiction, writing a couple of books and some short stories. I've tried from time to time to get some of my shorter works published but for some reason the big companies don't seem interested in my work. Guess it isn't brooding and overly self-involved enough. Or maybe there isn't enough women having sex with robots.

All of my writings are available in analog paper form from Lulu to add to you collection for a nominal fee.

These both started out as documentation for other work I was doing at the time. They slowly morphed into books of their own as they grew. 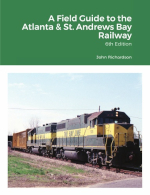 Founded in 1906 and still thriving in the 21st Century, the Atlanta & St. Andrews Bay Railway, better known as the Bay Line, has survived two world wars, a depression and too many boom and bust cycles to count. Along the way, it was integral to the grand plans for some well known business empires and set a few historical precedents before maturing into a prosperous if somewhat obscure short line still operating between Panama City, Florida and Dothan, Alabama.

Some extended information about the Bay Line can be found on this section of this site. 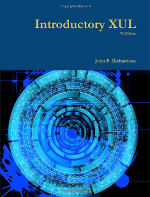 XUL stands for XML User Interface Language. It is an XML markup language that allows for GUI-based application creation using the Gecko and Goanna layout engines. In turn, these layout engines provide several technologies used to build applications. Pale Moon and Waterfox are just two applications built using XUL and the Gecko/Goanna layout engine. XUL makes it easy to build your own stand-alone applications through the use of XPCOM, JavaScript, HTML and CSS. This book is intended to be a quick start-style resource to give you the basics of creating a XUL GUI along with how to make that GUI actually do something using JavaScript and XPCOM.

I have written both short stories and full length books. I did have the full versions of the short stories here but learned that at least one person had used one of my stories as his own for a high school writing assignment. So to avoid this, only portions of my work are here. 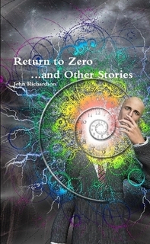 Written over a span of about 10 years, this collection of four short stories explores such themes as future war and time travel, each ending in a unique twist. The stories include: 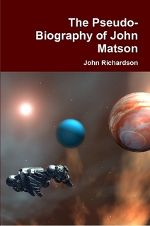 Torn from his home in the early 20th Century, John Matson must make a new home and a new life 1,000 years in the future. He is much more than a man out of place...he's out of time. But rather than settle down and peacefully surrender the rest of his days to a mundane existence, John embarks on an adventure that will take him into the heart of an interstellar war and beyond the borders of our own galaxy. 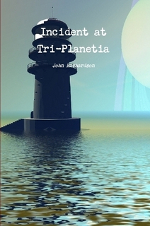 Tri-Planetia One is one of three planets orbiting in a solar system that straddles the borders of three nations. It is also a planet coveted by the ruthless Clon Star Empire. Bent on the destruction of the Alliance and its allies, the Clon Navy launches a campaign to take the idyllic, lightly populated planet regardless of the cost. And the Alliance government might just let them.

And since comics are a big hobby of mine, here's one attempt at writing one that was done just for fun.